One of our enthusiastic staff enjoys writing children’s stories in her spare time and she certainly has a flair for it.  Below is one of her stories that she thought might be a little heavy for her target audience, but may have some relevance for some of us bigger kids:

“Both the tortoise and the hare were given an inheritance of $1 million dollars – a bitter sweet occasion which changed their lives forever.

Both had big plans for the money, but the outcomes were vastly different.

The hare only wanted to be faster, so he bought a sports car, he employed a personal trainer and a luxurious spa for his training recovery. This was his first mistake. 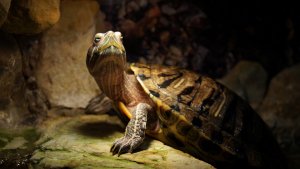 The tortoise, on the other hand, was in no rush, he had a long life ahead and wanted to plan accordingly. He didn’t change his lifestyle but instead invested in a house that would stand for centuries, so he could have a stable place to relax with his growing family.

The hare’s purchases exceeded $1 million so he took out a loan. This was his second and most serious mistake. The interest payments made him resent his new spa and left him stressing over his ever-growing debt every day – something he could no longer run away from.

Meanwhile, the tortoise’s house, while it cost $1 million initially, required no loan and was instead generating money without the tortoise having to move a muscle.

Being the good friend, he was, the tortoise used the profits from his house to pay off the hare’s debts and allow them both to live comfortably together.

Sometimes the fastest solution isn’t the most effective, as nothing worthwhile is instant or easy, and for the most part nothing easy is worthwhile.”

To learn how you can follow in the tortoise’s foot steps and better manage your money call us today on 07 3367 0852!